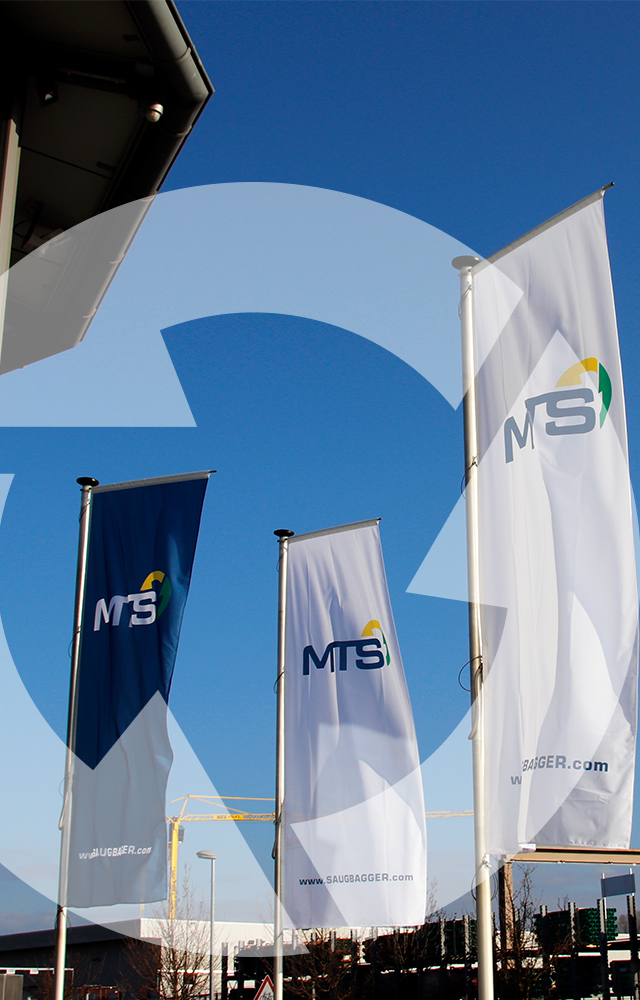 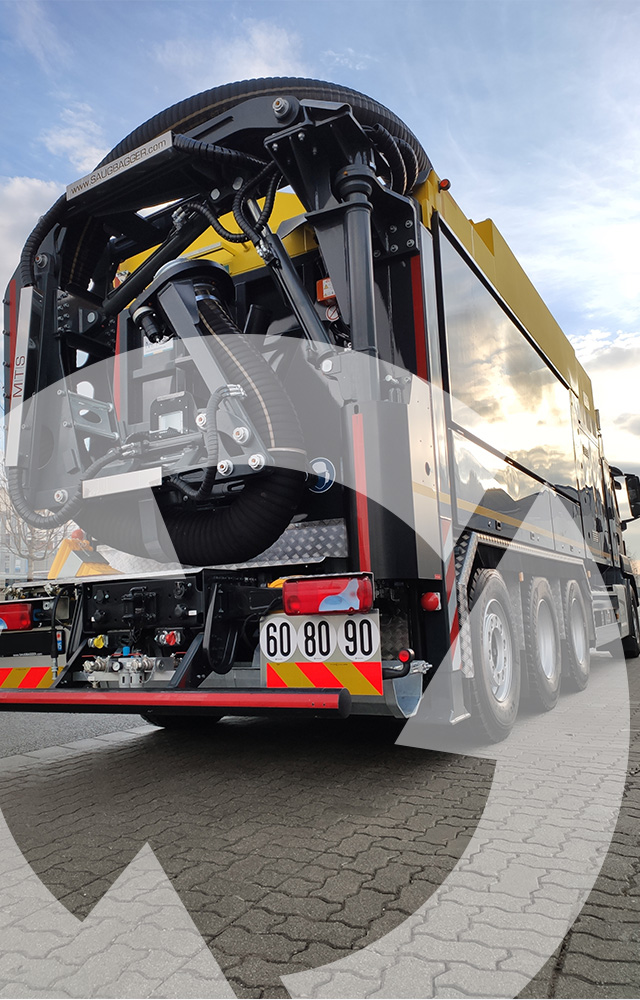 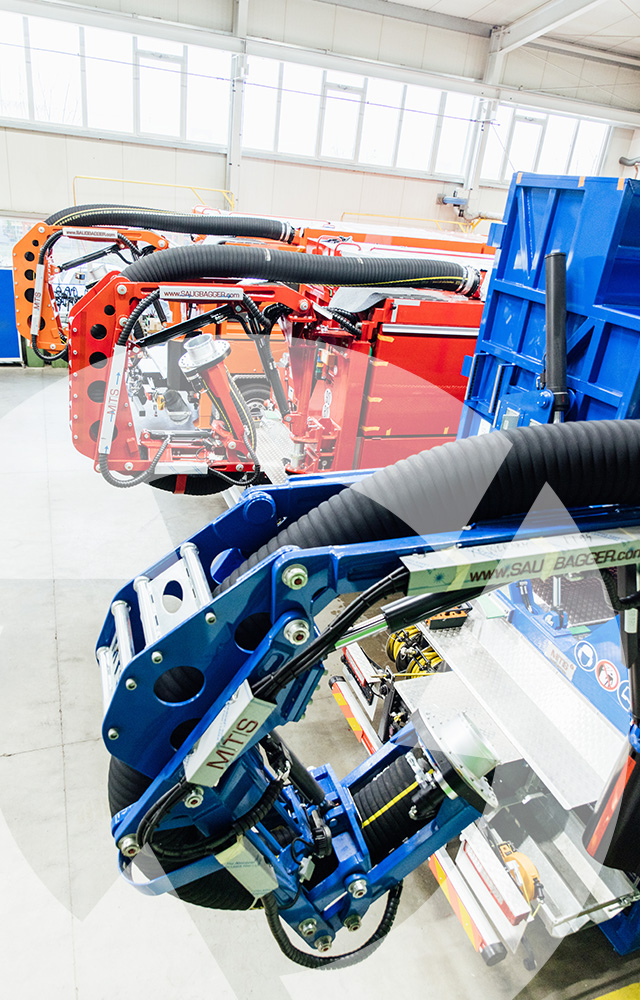 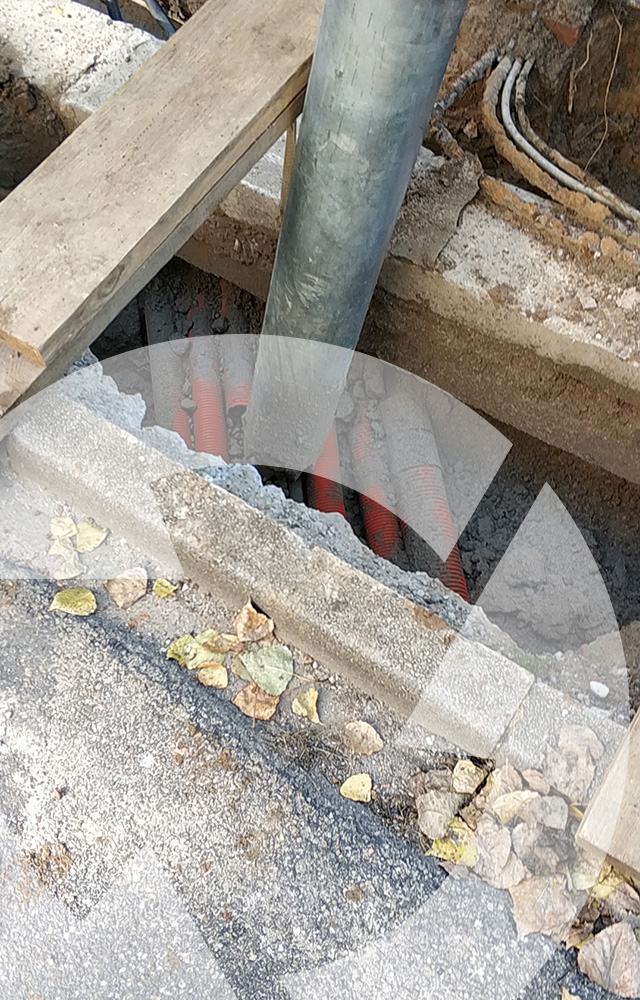 NEW: Know in advance what your MTS suction excavator will look like later 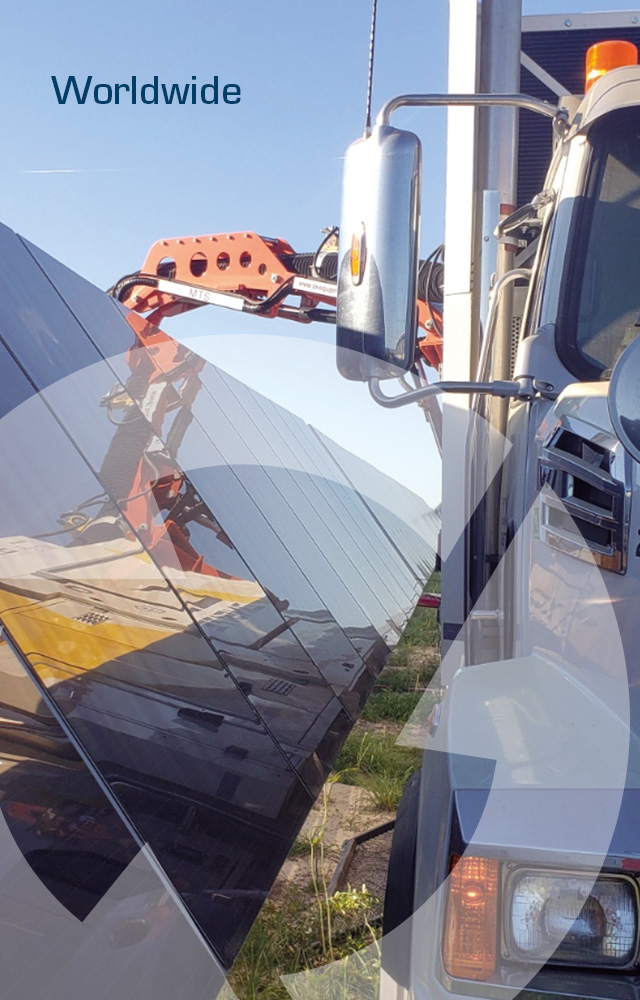 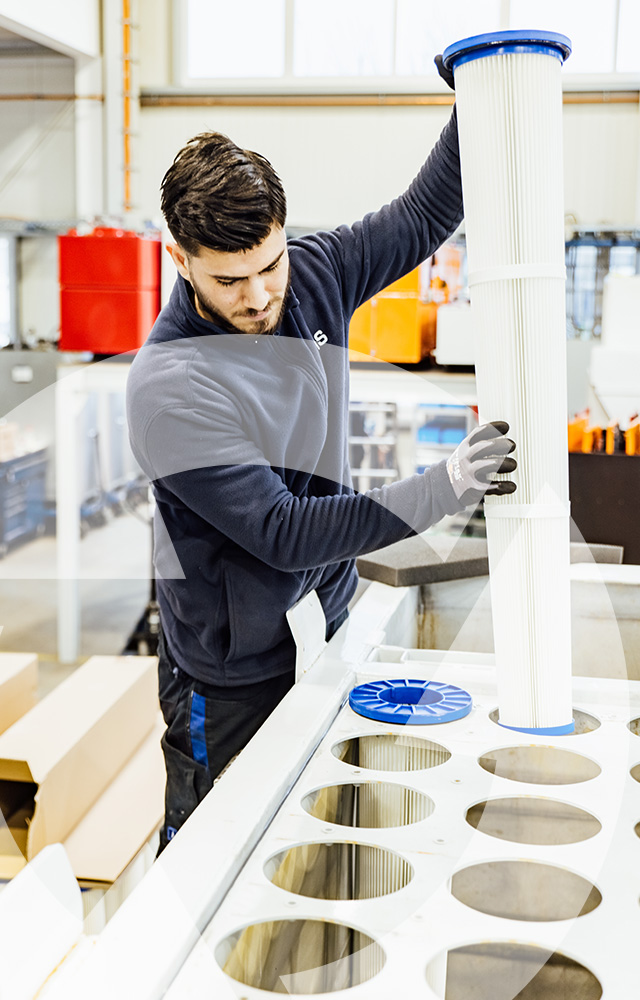 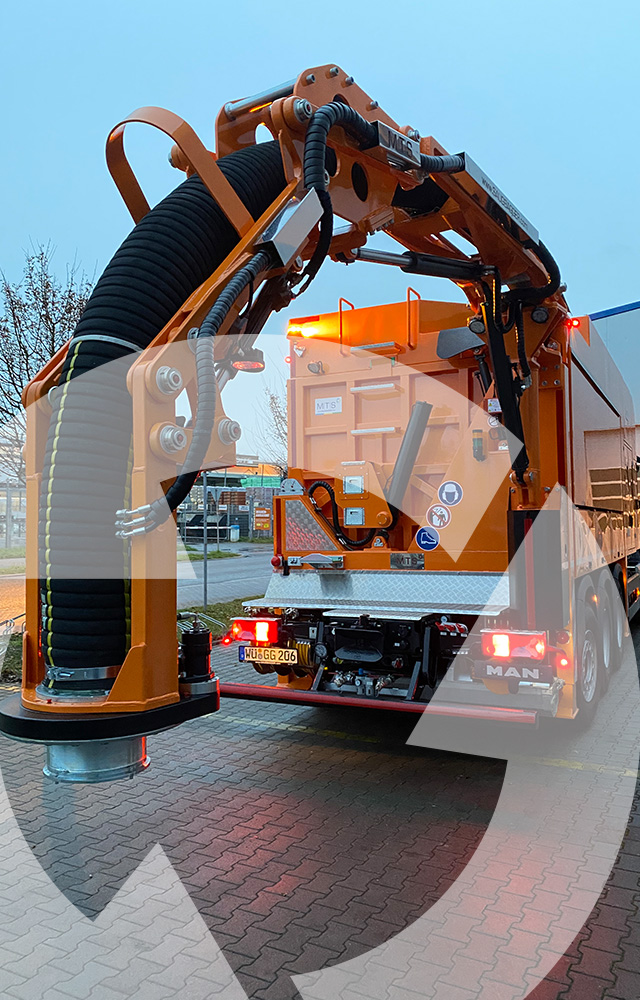 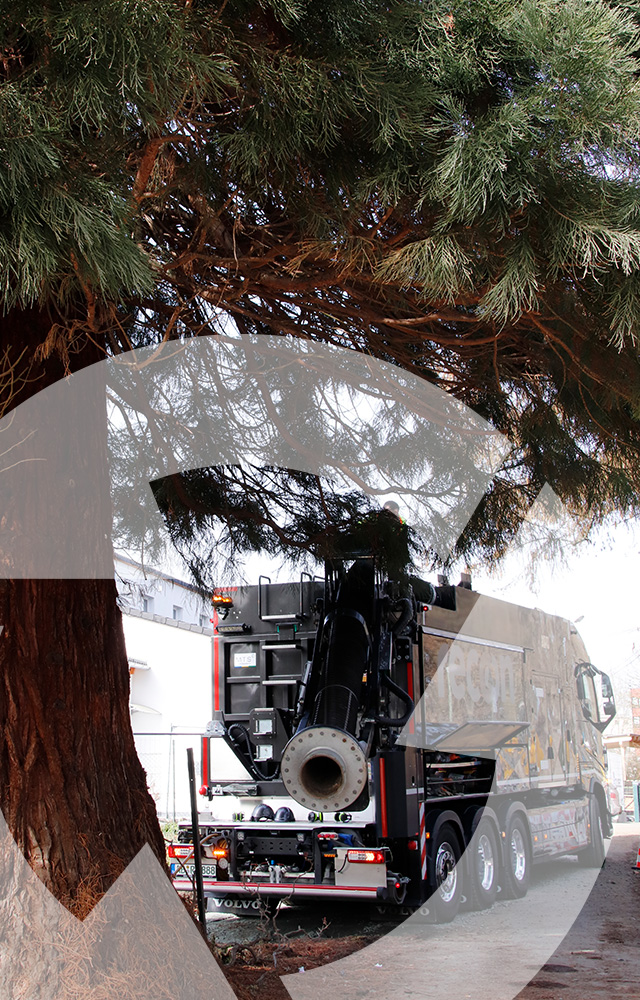 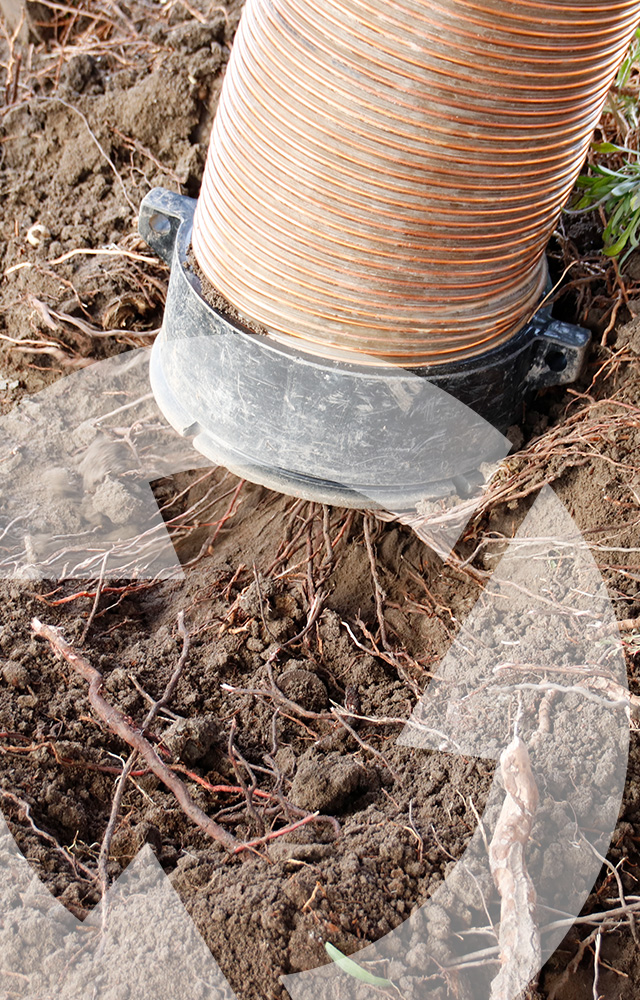 The strongest in its class 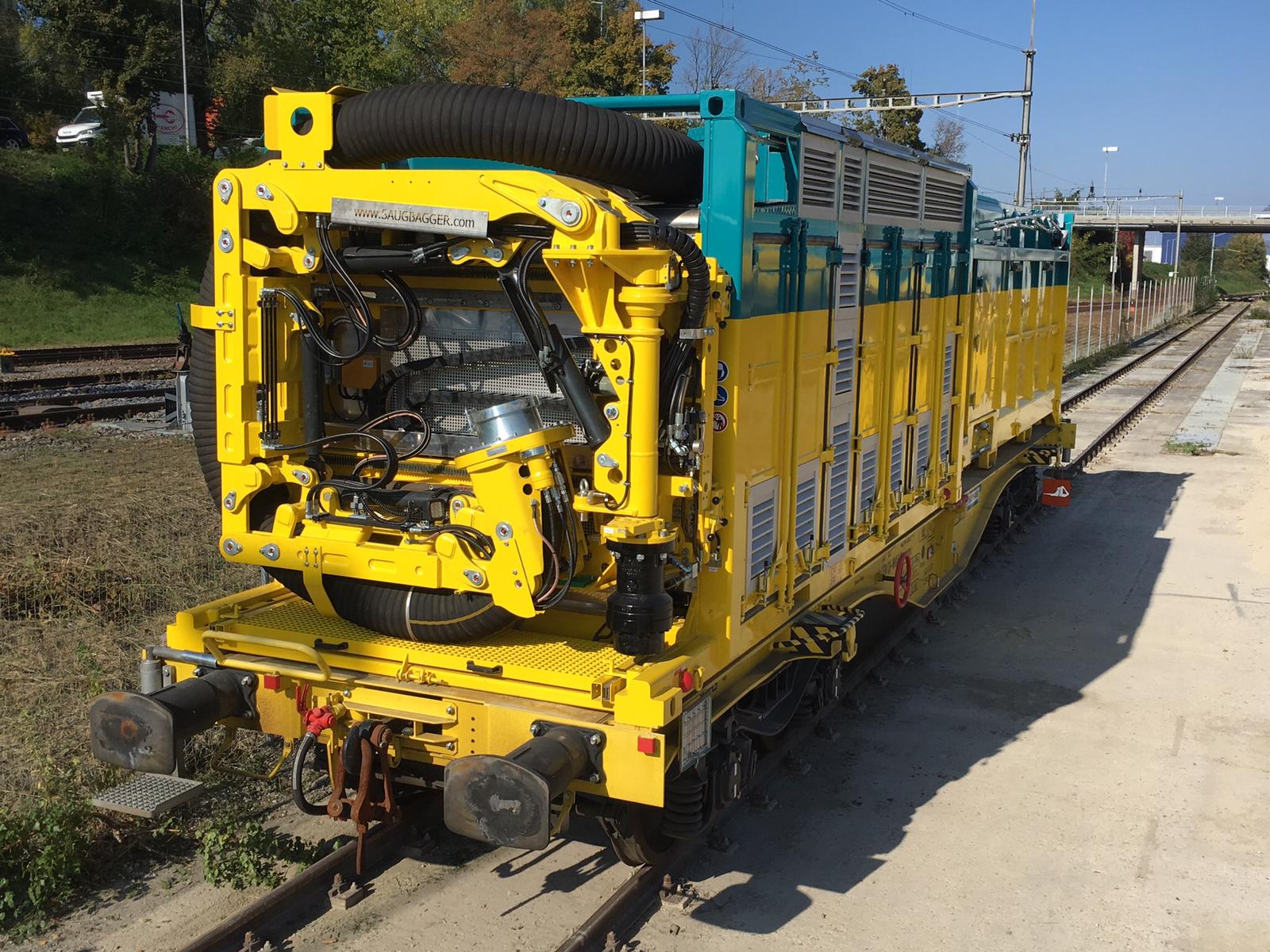 Quality from the manufacturer: innovative suction excavators and suction systems

As the manufacturer of innovative suction excavators and suction systems, Mobile Tiefbau Saugsysteme GmbH – MTS for short – supplies numerous satisfied customers all over the world who place value on speed and safety as well as rationalization and savings. Thanks to our intelligent solutions and high quality standards, we are able to provide a crucial competitive advantage for our customers in their individual industries. We place great value on your satisfaction and therefore get the very best out of our ventilation principle which is patented throughout Europe, our multi-fan technology and our top quality components: You get a suction excavator or suction system which is ideal for your area of application and which perfects your workflows.

The numerous areas of application include, among others, civil engineering and road construction, building renovation, refining, and landscaping. Emergency maintenance, energy production, and sewer renovation and cleaning are also covered. Our high-quality suction systems are also used in the world of industry and by municipal authorities. 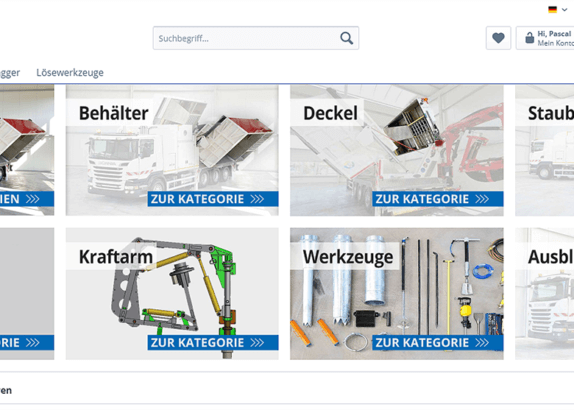 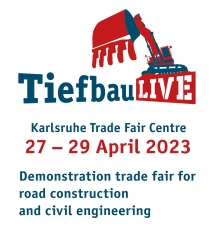 The key benefits of a suction excavator are the savings with regard to working time and labor on the one hand, and the high level of safety during a variety of tasks on the other. In addition, fewer machines have to be used, and some work steps – such as taking building rubble away separately for example – become obsolete. With the machines from the suction excavator manufacturer MTS, you are able to safely expose pipes, foundations or connections, remove various materials from hard-to-access areas, or even generate energy by suctioning residual material out of the fermentation tanks in biogas plants.

Everything that the excavator’s suction apparatus grasps can be suctioned – dry rubble as well as sludge or liquids. The respective medium is then transported into a 2–12 m³ collecting tank. With the CITYDINO, our compact and agile city runabout which is used by civil engineering companies in urban areas, there is the option of emptying the material which has been suctioned from the 2 m³ collecting tank into so-called big bags. These are then taken away by a grab vehicle or a crane tipper. The small, agile excavator can therefore continue to be used in the confined work environment while the material is taken away.

Maximum safety – even in the refinery

When exposing pipes, among other potential developments, when using conventional machines, there is always a possibility that the pipes in question or even adjacent pipes will be affected. At refineries, we even have to deal with the risk of explosion. In order to keep all risks and repair costs to a minimum and to improve safety at the same time, we recommend using machines from Mobile Tiefbau Saugsysteme GmbH. The surrounding soil is carefully loosened and directly suctioned by the suction excavator. Maximum diligence can therefore be achieved and pipes of all type are noticed in good time and not damaged.

Find some of our Products 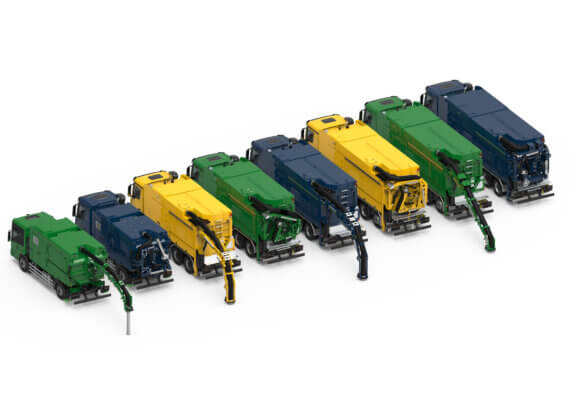 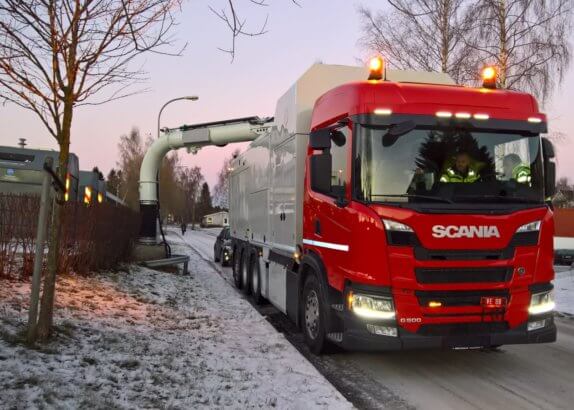 For urban areas: CITYDINO suction excavator and the DINO range

In addition to the compact CITYDINO, which uses its full suction force in confined spaces and can be operated via PLC or remote control, we offer the scalable, flexible DINO range. Here, you can find machines which achieve a high performance in all tasks in urban environments. For the agile MTS DINO 2 professional unit through the MTS DINO TRIPLE, which promises three times the suction force, to the MTS crawler suction excavator and the world’s most powerful suction excavator, the MTS MEGA VAC, the models in this range promise the optimum suction force and total working precision.

The special feature of the two-way can be found in its name: This suction excavator from MTS is on the move on both roads and rails. As a result, it is perfect for carrying out maintenance on tracks, rail networks, bridges, tunnels, and stations. This machine, with roughly 6 m³ of container volume, can easily reach hard-to-access places and put them into good order thanks to the MEGA ARM with IKE suction pipe.
We offer a wide variety of standard machines for a wide range of areas of application, as well as special suction systems which we plan, realize and install in compliance with the highest standards of quality.

The WASUC range awaits with the WASUC 2 refuse suction unit for use in urban areas, the WASUC 3 for use in suburban areas, and the multi-talented WASUC 4 which can be used as both a mobile and a stationary unit. Among other tasks, the practical suction units undertake the emptying of underground containers, clean up littered areas after big events, and provide waste disposal services in sensitive areas such as parks and airports. This hygienic, quiet and contamination-reducing working method is a win for the environment, for citizens and for the waste management or operating staff.

Our professional service for you 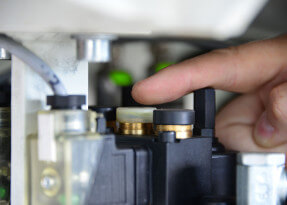 Your direct line to us 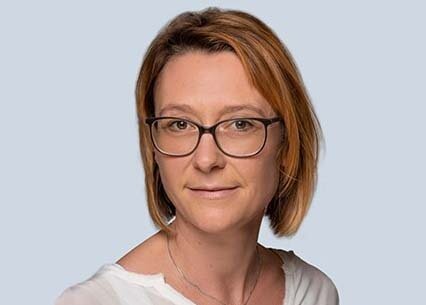 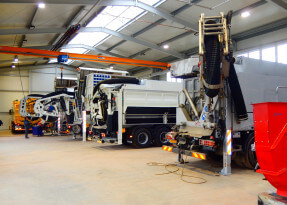 Compact and with powerful suction: The suction box SBO range

Our suction boxes comprise a cleanable dust filter system, a hydraulically driven fan, and a collecting tank. The compact box can be transported to its place of use by carriers such as a forklift, truck, mobile excavator or two-way excavator, where it then suctions a wide variety of materials from railway ballast to concrete fragments with a powerful suction system.

Special solutions directly from the expert in suction systems

As an innovative suction excavator manufacturer, we also offer you suction systems above and beyond our first-class standard suction excavators, as well as additional accessories. Our special suction systems include ash suction units, canal tunnel suction units, and other devices which are perfectly calibrated for your individual use. In addition, our range includes the MTS MOONER, a remote-controlled dredging unit, as well as the DRONE, which is used in extremely confined work areas. Please feel free to contact us directly with your special requirements: We will be pleased to develop the right solution for you, which will revolutionize your workflows.

MTS, with its headquarters in Germersheim, Germany, and subsidiaries in England and France, not only offers you outstanding suction systems, but also a comprehensive service which covers everything from maintenance contracts and annual visual inspections through to professional, multi-day training courses. Get in-depth advice and instruction in the use of the machines from the suction excavator manufacturer themselves – we offer you an absolute bonus when it comes to efficiency and safety. We are also available to you daily and are at your disposal with technical help in your language if any problems should occur. Get in touch with us: We will be happy to provide you with in-depth advice!